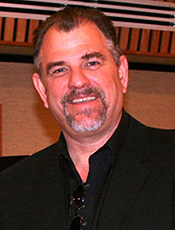 Ken Rose began his career at Radio & Records (R&R). Rose was responsible for National Sales and was involved in the approval of the final product. Rose was a staff Producer at Westwood One and also Kenny Rogers NKR Productions. R&R also leveraged Rose for his production skills for Concert Cinema and their entertainment division. Rose produced music and videos for such acts as Stevie Nicks, Lionel Richie, Kansas and Toto.

In 1988, Rose co-founded Prosonus a digital audio production company. Prosonus had several divisions including Record Mastering, Audio for Motion Picture and Technical Products. Nominated for a TEC award for technical excellence Prosonus was considered a top producer and leading edge creator of digital audio products CD mastering and the critically acclaimed Prosonus sample library. Prosonus was the first independent digital mastering company responsible for re-mastering the catalogues of Jimi Hendrix, Barbara Streisand, Frank Sinatra and The Beach Boys among others. Rose brought digital audio to motion pictures and television working on major motion pictures including “Days of Thunder”, “Bird on a Wire”, “Born on the 4th of July” and “RFK, In His Own Words” to name a few. In 1992, Rose sold Prosonus and pursued his production roots as an independent producer working with top acts such as Todd Rundgren, Graham Nash and Alan Parsons. Rose is an expert consultant to Apple Computer and Itunes. Rose is a voting member of the Recording Academy and has been involved in music videos, albums, CD¹s, DVD’s and motion pictures. Rose founded AFM Advertising, Inc. a representation firm specializing in Motion Picture, Television and Music. AFM represents the Recording Academy (GRAMMY Awards), The Critics Choice Movie and Television Awards, The Latin Recording Academy (Latin GRAMMY Awards) to name a few. 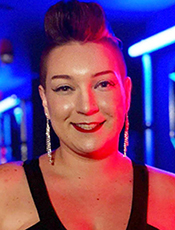 Effie Passero is a 26 year old singer/songwriter, who you might have caught very recently on American Idol. She has been singing and playing her piano since 5 years old and has no intention of stopping any time soon. A classically trained singer, Effie decided to change her path into songwriting and has delved into all sorts of genres including soul, blues, jazz, EDM, and pop. She was lucky enough to be a backup vocalist for Leonard Cohen's last album, and after that opportunity, has loved session work and wants to make a career out of that by one day working for Disney in voice over and session singing. She is currently working on an album called "Better" and cannot wait to share her original music with everyone, hoping to release it in the early fall. 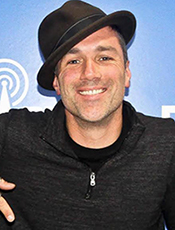 Dylan R. Berry is a life long media and entertainment professional, an award winning music producer, music and entertainment entrepreneur who has managed, published, produced and composed hundreds of hours of media music work for the top rated shows on TV including American Idol, So You Think You Can Dance and the MTV Music Awards to branding over 7 major networks including Starz, Time Warner Sportsnet (Lakers, Galaxy, Sparks, Access Sportnet theme songs), Time Warner News Network (All channels nationwide), Root Sports Network (NBA, NFL, MLB, MLS…), ESPN Sports Center Theme remake and the Hollywood Music in Media Award winning themes for all 10 of the Encore Network stations to composing and music coordinating for the Oscars, Spike Awards, Victoria Secret Fashion Shows and many more. Dylan has built a 360 degree media and music production, licensing and exposure value network in the Hollywood media & entertainment space using technology and community as a tool to create, deploy and monetize music and media. 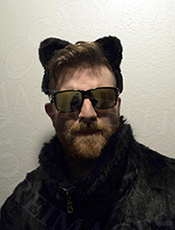 Trained as a classical and jazz pianist from an early age, and after attending the Royal Academy of Music, Beardy has made a name for himself directing tours for some of the biggest names in music, as well as producing a UK #1 for Lily Allen. James Blunt, Bryan Ferry, Leona Lewis, Girls Aloud and Robbie Williams are just some of the stellar artists that have enjoyed the hardworking and positive atmosphere Beardy creates. At heart he truly believes that making music for a living should be fun and by remembering this he gets the best out of the teams that he leads. Having just moved to Los Angeles, Beardy has started his own record label and later this year will be releasing his debut album of party music. Other artists on the label include Effie Passero who recently made it to the last 24 on American Idol. 2018 promises to be the most exciting year yet in what has already been an amazing journey. Get your dancing shoes on!