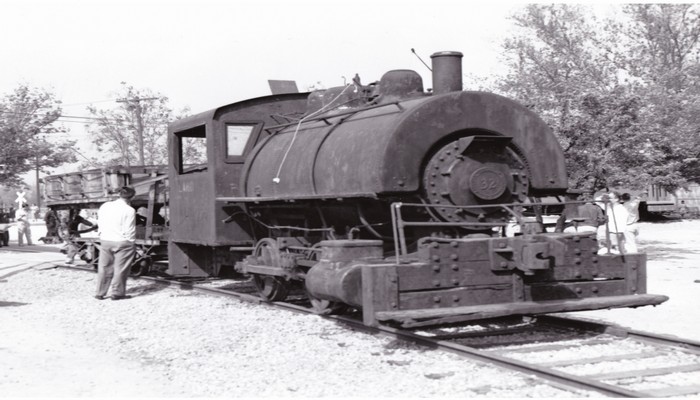 Construction and improvements in San Pedro's Port of Los Angeles began at the turn of the 20th Century and continue to this day. The two little locomtives displayed here are quite typical of small construction locomotives.

Both these saddle tank engines were built for the City of Los Angeles: Davenport Locomotive Company's built locomotive #31 and ALCO Rogers Works built #32. Along with engine #33, they were put to work on Catalina Island hauling rock from quarry to shore, where it would be shipped over to the mainland for construction of the Los Angeles Harbor and breakwater. These locomotives also served on the mainland hauling construction supplies to various sites within the harbor.

These two engines were destined for the scrapyard when Travel Town's founder, Charley Atkins, discovered them and suggested they be donated for display at Griffith Park.