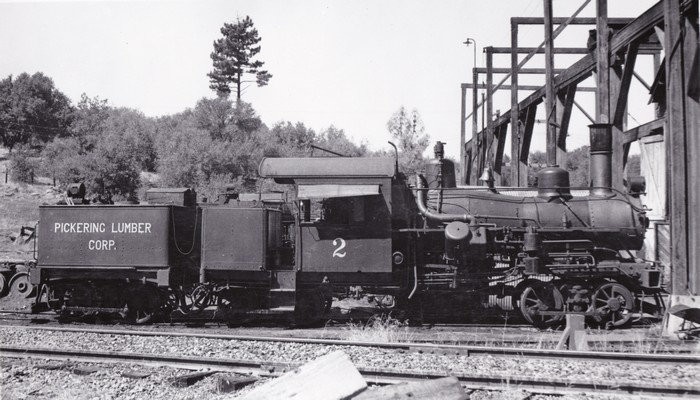 Timber was a necessity to the growth of the West: timber for mine-tunnel shoring, timber for gold-panning flumes, timber for homes, stores, schools, churches, and other buildings that rapidly rose from the accessible river banks, fertile valley floors, and panoramic mountains. These blossoming ettlements found the railroads to be their best method for transporting logs from forest to mill. Between 1899 and 1931, logging railroads grew from a few hundred miles of road to enough rail to twice span the North American continent. Often a railroad was quickly built for temporary use, until a section of forest was cleared, then the track would be dismantled or abandoned. For that reason, the track would be laid roughly and rapidly. However, even permanent sections of the railroads were subject to tight curves, rough roads, and steep grades, due to the mountainous nature of the terrain where the trees grew. Special locomotives were designed to handle the stress of logging railroads, all using a geared transmission to achieve greater pulling power. This locomotive is one of the three types of these geared locomotives. Called a "Heisler" after its inventor, this "V"-type configuration features cylinders mounted vertically on either side of the boiler and powering a driveshaft geared to the wheels.

Pickering Lumber #2 was built by the Heisler Company in 1918 for the Hetch Hetchy Railroad and was used to transport construction material for a dam that would supply water via an aqueduct to San Francisco. It may have worked tender to tender on the Hetch Hetchy with the Santa Maria Valley #1000 (also on display at the Travel Town Museum,) then the Hetch Hetchy #4. In 1923, #2 was sold to Standard Lumber Company, which would one day become Pickering Lumber.