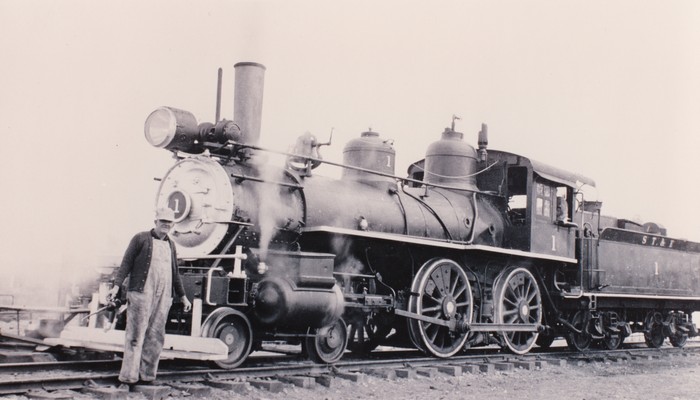 The "Mariposa" became the second Central Pacific #31 in 1869, replacing the first #31 which had blown up in Nevada earlier that year. After forty years of service on the Central Pacific under various numbers (including number 1193), the ex-"Mariposa" was sold to the new and fledgling Stockton, Terminal and Eastern in 1914. ST&E service began on September 5, 1910, on a road built eastward from Stockton by a conglomerate of San Joaquin County farmers, merchants, and promoters. Surviving its early years of poor management, and weathering the up-and-down fortunes of the agricultural industry, ST&E is still an active railroad today. ST&E #1 ran continuously until its donation in 1953 to Travel Town.