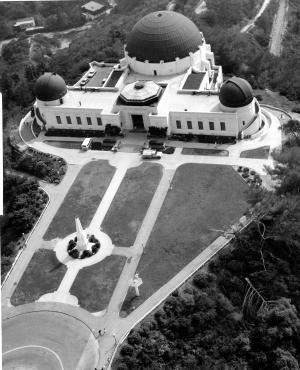 From a modest pueblo in the 18th Century, to a dominant economic and cultural force at the turn of the 21st Century, Los Angeles has traveled an accelerated road of expansion. Following is a brief look at how the Department of Recreation and Parks helped shape the City of Los Angeles.

The history of the Department of Recreation and Parks is rich and diverse-stemming from the early days of Los Angeles. Colonel Felipe de Neve, Governor of the Spanish province of Alta California, officially founded Los Angeles on September 4, 1781 and created the Plaza in the center of the city. The settlers, of Spanish, Indian, and African ancestry, gave their little pueblo a big name "El Pueblo de Nuestra Senora La Reina de Los Angeles," which means "The Town of Our Lady, Queen of the Angels." The Plaza became the first small unit in the original park system of Los Angeles, currently its own Department known as El Pueblo de Los Angeles Historic Monument.

The City was incorporated on April 4, 1850. At first, city government in Los Angeles was based on the Act of Incorporation, which applied to all cities in the state. Then in the 1880's the population grew fivefold. Under continued pressure for more governmental services, citizens formed a Board of Freeholders to frame a home rule charter, which was responsive to the needs of the rapidly expanding community. The resultant Charter received final state approval in early 1889. 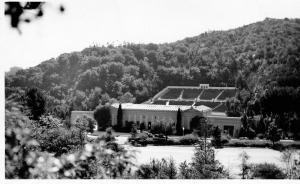 From humble beginnings, City Council created the Department of Parks in 1889. At that time the city owned several pieces of land that were believed suitable for park purposes. They turned over these properties to the newly-organized Department of Parks. In a generous mood during Christmas of 1896, Colonel Griffith J. Griffith offered to donate five square miles of the Los Feliz Rancho to the City as a park. He said, "it must be made a place of recreation and rest for the masses, a resort for the rank and file, for the plain people..." What followed was the development of several more parks including the original pueblo lands of the old plaza, Elysian Park, Pershing Square, and later Lincoln Park, MacArthur Park, Echo Lake Park, and Hollenbeck Park.

While these parks were available in the early years of the 20th century, there were no planned and supervised recreation activities in the parks. Children were forced to find their play on public streets and vacant lots that were hardly suited for organized games. These conditions triggered a civic movement to officially establish a Playground Commission and Department. Their plan was "for the prevention and control of juvenile delinquency and to provide wholesome and constructive play and recreation for youth, in supervised playgrounds, as an alternative to play in the city streets." In 1904 the City created the first municipal Playground Department in the United States. What followed was the establishment of several playgrounds between 1905-1911, with the first being Violet Street (near City Hall) in 1905. 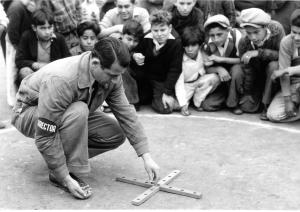 Early in the establishment of the Department, the Camping Section's system was incorporated. Children's camps and family camp as a municipal recreation service began in 1913. Although no longer open, the first camp was established in Redondo Beach. In 1914 Camp Seely in the San Bernardino Mountains in Crestline was the first family camp built, and in 1919 Camp Radford opened in Big Bear in the San Bernardino National Forest. Camp High Sierra in the Mammoth region opened to families in 1924 and has proved popular to this day with generations of the same family members attending the camp. Then came the local camps; Griffith Park Boys Camp opened in 1925 and a year later Hollywoodland Girls Camp opened. The last two camps to be added were Decker Canyon Camp in Malibu and Camp Valcrest in Angeles National Forest. The Department's camping program was so innovative that Oakland, Berkeley, Sacramento, Stockton, Long Beach, and San Diego followed suit.

By 1915 the Department saw the need for organized social activities for the public. The Department developed indoor recreation centers that included gymnasiums, game rooms, stages for drama and other performances, food service facilities, and showers. Today with 150 recreation centers, Ann Street Recreation Center (near City Hall) being the first, opened its doors in 1908.

The Department opened the first municipal grass greens golf course in Griffith Park in 1923 and built and officially opened Harding in 1924 (later known as Wilson-Harding Golf). Before 1923, golfers played on sand greens on a course called Riverside, built by the Department and volunteer golfers in 1900. Today, the city operates thirteen courses from the San Fernando Valley to the Harbor community. 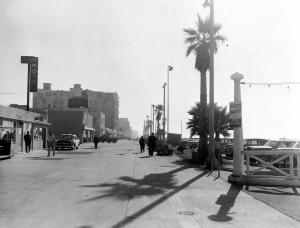 With the addition of the Greek Theatre in 1930, the Cabrillo Marine Museum in 1934, the Los Angeles Zoo (recently evolved into its own Department) and the Griffith Observatory in 1935, the 1930's brought further growth and development.

Today, the City's Department of Recreation and Parks manages all municipally owned and operated recreation and parks facilities within the City and has been the human face of the City of Los Angeles. Rooted in the goals of our predecessors, we continue to bring people together to celebrate, to compete, to learn new skills, and to relax with family and friends.